HTML5 approves bitcoin: protocol. Chromium ready to use it.

HTML5 approves bitcoin: protocol. Chromium ready to use it. 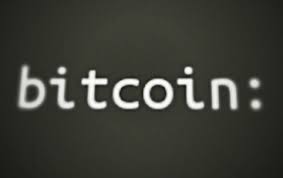 Bitcoin(s)? BTC? What the heck? If you have a few minutes I will explain it all to you!

The official Bitcoin Wiki page describes the Bitcoin as: "Bitcoin (BTC) is a digital currency first described in a 2008 paper by pseudonymous developer Satoshi Nakamoto, who called it a peer-to-peer, electronic cash system. Bitcoin creation and transfer is based on an open source cryptographic protocol and is not managed by any central authority. Each bitcoin is subdivided into 100 million smaller units called satoshis, defined by eight decimal places. Bitcoins can be transferred through a computer or smartphone without an intermediate financial institution.The processing of bitcoin transactions is automated by servers called bitcoin miners. These servers communicate over an internet-based network and confirm transactions by adding them to a ledger which is updated and archived periodically. In addition to archiving transactions each new ledger update creates some newly-minted bitcoins. The number of new bitcoins created in each update is halved every 4 years until the year 2140 where this number will round down to zero. At that time no more bitcoins will be added into circulation and the total number of bitcoins will top out at 21 million bitcoins.

Bitcoin is accepted in trade by various merchants and individuals in many parts of the world. A large share of such commercial use is believed to be for illicit drug and gambling transactions. Although bitcoin is promoted as a digital currency, many commentators have criticized Bitcoin's volatile market value, relatively inflexible supply, and minimal use in trade.

So then the benefits are: 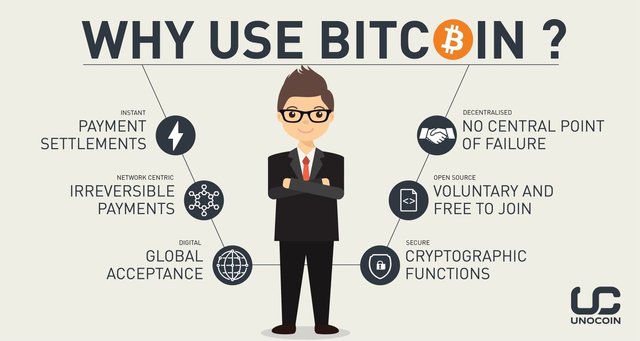 The What of Bitcoin:

Before diving deeper in and getting all technical, lets first define some terms:

Bitcoin network is based on very strong encryption. Encryption takes some information that’s in an easy-to-read format and uses a piece of secret information called a “key” to garble it up. This garbling is only reversible if you have a copy of the same key that did the scrambling. There are other ways to do the scrambling that make use of two keys, one private and one public. The private key is kept secret and the public key can be given out to anyone. If you want to send me a message you can scramble it with my public key, but only my private key can be used to unscramble the message. The two keys together are referred to as a “key pair.” More on how to use key-pairs can be found in a previous blog I wrote.

Bitcoin makes heavy use of an encryption technique called “signing.” It’s a lot like the garbling techniques mentioned above, but it doesn’t actually modify or change the message. Instead it does some math with the message and your private key and comes up with a little chunk of data that you can tack onto the end of the message. Anyone else can use your public key to verify that the message was created using that data and your private key, both verifying that you hold the correct key and that the message hasn’t been modified or damaged in transit.

This is pretty much the central concept in Bitcoin peer-to-peer network. When you deposit money at a regular bank, they store information about that deposit and your account in a big database also known as the ledger. Bitcoin does this too, using the blockchain consisting of consecutive blocks of data. Unlike a bank though, this database is distributed to everyone on the bitcoin network and each block is signed (see above) to ensure of its validity. Each block has sort of a label that links it to the block before it so that anyone can assemble the whole database from the individual pieces and everyone using Bitcoin stores a copy of the whole database (called the “blockchain”) and sends these tiny chunks back and forth to each other.Now that we have that out of the way I will attempt to explain Bitcoin(s) in plain english. Think about how you use money today? Credit Cards, Online Transactions, Constant Threat of Fraud or Identity Theft. Its a pretty outdated method, not to mension not very secure. Beyond that, there are other issues, unless you keep your money under your mattress, you always stand the chance of a government or bank official having access to your money, charging fees on your money, and even taking some/all of your money. Think about the recent events in Cyprus and how many people that had a lot of money invested in Cyprus banks lost a lot of it due to the Cyprus Government increasing fees.Bitcoin is based on very strong encryption. The type of encryption that government agencies use to keep state secrets out of the hands / eyes of people who want to make them not secret. Bitcoin is designed to be de-centralized, meaning that no central authority controls Bitcoin – new bitcoins are issued by a mathematical algorithm that is publicly published and incredibly difficult (if not impossible) to change, so everyone knows exactly how many bitcoins there are today and exactly how many there will be tomorrow. New coins are issued to people who donate computer time (mine) to help make the transaction database secure. 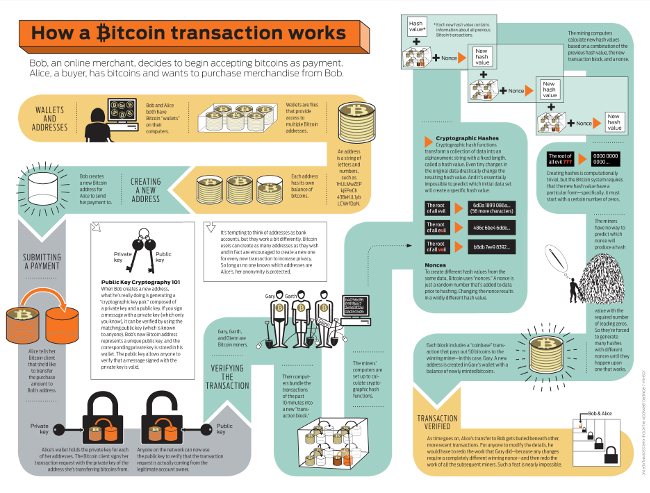 The decentralized aspect of Bitcoins is as important as the encryption. Everyone that uses Bitcoins and has a bitcoin client installed on their computer has a full copy of the transaction database. Everyone verifies via crypto math that transactions are valid and everyone holds a copy of all the rules. This means that banks are out of the game. There is no need for them. If the blockchain holds all the transactions, is impervious to hacking and fraud, then there is no need for a bank. Bitcoiners do not depend on a company that can fail, fold under, or become "too big to fail", or any Government or Organization that can rise or fall. As long as there are at least 2 bitcoin clients and a functioning internet, Bitcoin will continue to exist.The decentralized nature of Bitcoin also makes it very difficult, if not impossible, to intentionally shut it down. Governments have kicked down doors of individuals that have tried to start an online currency. With Bitcoin, there are no doors to kick down. At first Bitcoin users claimed that Bitcoin was anonymous. This is not technically true. Bitcoin is pseudonymous. What's the difference you ask? Anonymous means there are no means to tie a Bitcoin wallet to any identity at all. A Bitcoin account or wallet is actually a key pair (explained above), the public key is the Wallet address. Think of the address somewhat like a bank account (although it can also be used as a transaction ID as the amount of wallet addresses are next to unlimited and for extra security a lot of people will open a new wallet address for each transaction), you can give that address out to anyone and they can send money there. Once you have the funds in your wallet, you can use the private key to spend those funds. This is all done automatically, the bitcoin client handles all the math and encryption/decryption. Creating a new Wallet does not require you to give any personal information whatsoever. So unless you are running around the internet telling everyone "Hey, My name is Andre and here's my Bitcoin address" it's almost impossible to figure out who owns what address.

Combine this with ability to use a new Wallet Address for each new transaction, and you're pretty anonymous.Moving further, an important fact to keep in mind is that Bitcoin was created and specifically designed to be very cash-like. This allows the Bitcion to cut out the middle-man. Why is cutting out the middle man important? It's important because everyone's in business for a profit, including the middle-man. This means that the cost of paying the middle man is built into the price of the item. Have you noticed that more and more stores now-days advertise discounts for cash customers? Have you ever haggled for a price of a used car at the dealership and the sales man said, "If you only had cash to pay for it I could meet your price". This is all because credit card companies (middle-men) charge the vendor you are purchasing from $0.15 per transaction plus about 3%. The vendor is forced to build these charges into their price.

Nothing's for free right? Wrong, a Bitcoin transaction does not require a fee on most transactions. There are only fees on very complex transactions; for example lets say you had 50 different wallets that you owned and wanted to pay one person a little bit out of each wallet. Even then, the fees are always a flat rate, and are always very tiny.Bitcoin being cash-like also makes transactions irreversible. This is also very important to both the consumer and the vendor. When you use cash, if you bring your item back to be returned its up to the vendor to decide if you will get your money back or not. For example lets say you bought a loaf of bread at the grocery store and pay with cash. Lets say you go home and try the bread and its really stale and old, so you go back to the store with the rest of the bread and ask for your money back, the vendor sees the bread, tries it, sees that its indeed stale and gives you your money back. However, if you eat most of the bread, come back 3 days later with only one slice left asking for your money back, the vendor will likely say, "Sorry but you ate most of the bread and we can't give you your money back". Credit cards have invented a new way to get consumer's money back, called the "charge dispute". So you bought the loaf of bread with a credit card, you cost the vendor $0.15 plus 3% of the transaction already. Now you go back to your credit card company and tell them you were not satified with your purchase and want your money back and a fair amount of times the credit card company will give you your money back. Now the vendor is out $0.15 plus 3% plus cost of the loaf of bread. Often vendors will also be charge a reversal fee. Vendors realize this, and have been adjusting their prices to account for it. You and I and everyone else now pays 3% more to make up for the revesed transactions people make, even if you are not one of those people.

That's Bitcoin in plain English. If you have any questions please leave comments and I will be glad to answer them
If this article helped you and you decide to get into bitcoin, please consider donating: