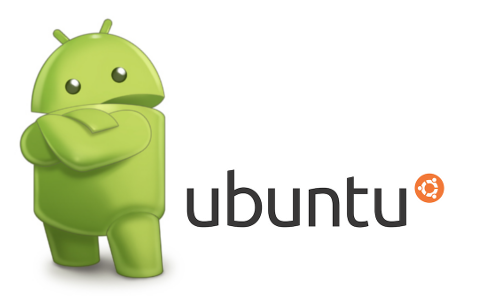 Imagine carrying a fully functioning computer with a true desktop experience in your pocket. I'm talking about a real desktop OS built in to your smartphone. Canonical, the company behind Ubuntu Linux, wants to make that happen. Soon.

Ubuntu for Android is something that many have dreamed about up to this point - one device for all your needs. In your pocket, it's a smartphone. Not just any smartphone, either - it's your smartphone. Pull it out and drop it in a docking station, though, and it becomes a full workstation powered by Ubuntu, complete with monitor and keyboard. Sounds incredible, right?

Canonical seems to have covered all the bases here, too; since the Android kernel is based on the Linux kernel, it's fully compatible with Ubuntu. This means that, thanks to some software tweaks built into Ubuntu for Android, you still have access to all of your phone's goodies, including SMS messages and phone calls.

What kind of horsepower would it take to run something like this, though? Honestly, not that much. In fact, most multi-core phones with at least 512MB of RAM, HDMI, and USB should be able to handle what Canonical is proposing.

At this point, Canonical is still calling out to manufacturers and carriers to hop on board so they can start integrating Ubuntu for Android into handsets, so it's hard to say when we'll actually see this in the consumer market. Canonical is, however, planning to demo Ubuntu for Android at next week's Mobile World Congress convention in Barcelona, so hopefully that will spark more interest.